This article aims to examine the views of Islamic scholars related to the
cancellation of marriage (fasakh) because of apostasy and the legal consequences
caused. Cancelation of Marriage (fasakh) happens later, there is a reason that
prevents the perpetuation of marriage or is a consequence of knowing something
that accompanies the contract, which makes the contract invalid. At the same
time, the cancellation of the marriage itself has the legal consequence of it. One of
the consequences is related to the legal consequences of the child and the joint
property of the marriage, one of which is apostasy. The legal consequences that
occur due to the conversion of religion (apostasy) to one Muslim couple have two
major effects on the child and on the common property. While the status of the
child the author concludes that the child who is one of his parents is an apostate,
the child is rested on his mother. As for assets, they acquired prior to apostasy and
it can be divided equally between two sides, but if the assets obtained after
apostasy, then there
is no right for anyone
to share. 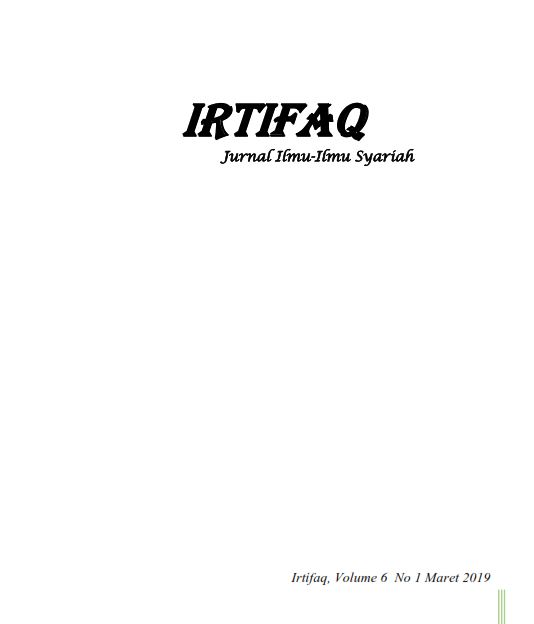