Ibn ‘Ashur is considered as one of the founders of modern Maqasid science which plays a role as a link between the thinking of salaf ulama and contemporary-reformist Islamic thought. This article tries to find the intersection between the maqasid theory and the reformist Islamic movement in the development of the thinking of maqasid Ibn ‘Ashur. This article is written as library research in which the author uses a thematic study of Maqasid as an approach to Islamic studies in three books written by Ibn ‘Ashur, for Searching the correlation of the concept to answer the problems in this study, among others; al-Tahrir wa al-Tanwir; Alaysaå al-Subh bi Qarib and Usul al-Nizam al-Ijtima'iy fi al-Islam. And supported by secondary references taken from books and journals related to the research theme. This article finds that Ibn ‘Ashur’s efforts in reorienting Maqasid theory to reformist Islamic thought are seen in the concept of Maqasid al-Qur’an al-’Ammah (objectives general al-Qur'an), which contains the mission of al-Qur'an in efforts to maintain the social system and order of human life. Ibn ‘Ashur's idea regarding the reorientation of the Maqasid theory has succeeded in changing the paradigm of the conservative group so that educational reforms at Zaytunah University can be realized. The main factor that shaped the idea of reorienting maqasid towards reformist thinking was the influence of the Muslim reformist movement and the movement against French colonialism. 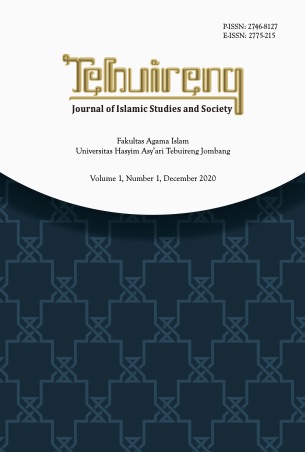